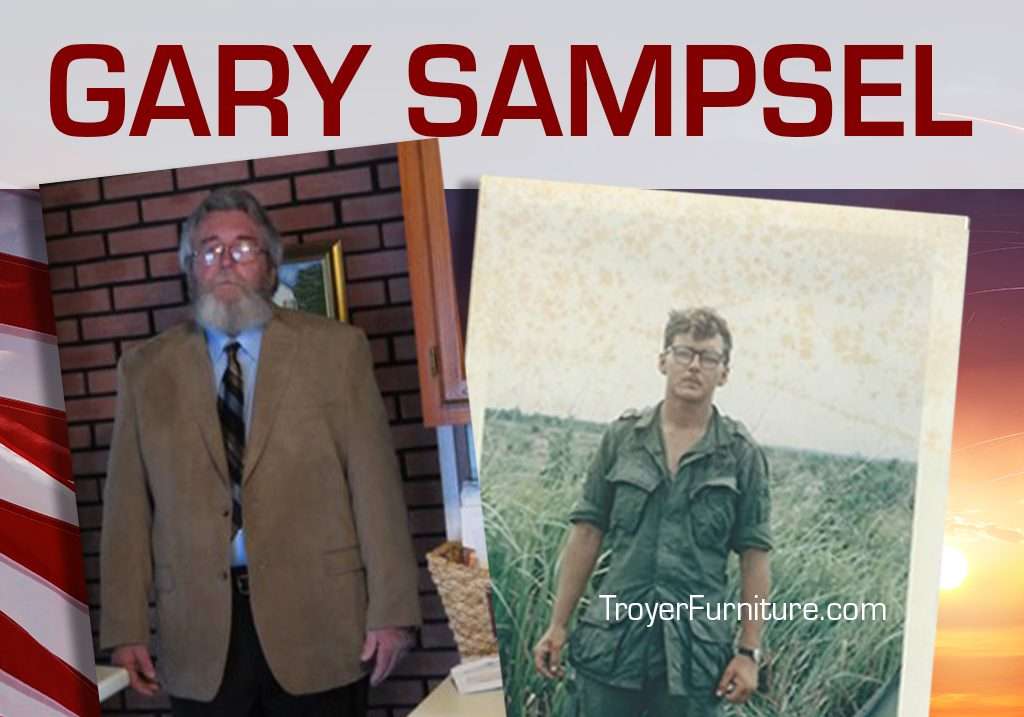 Troyer Furniture believes that sharing the stories of our veterans is a small way to create awareness and build respect for what these brave humans experienced to keep our country free! We salute, honor and celebrate them for what they have done and that they’re still among us to share their stories and inspire us. 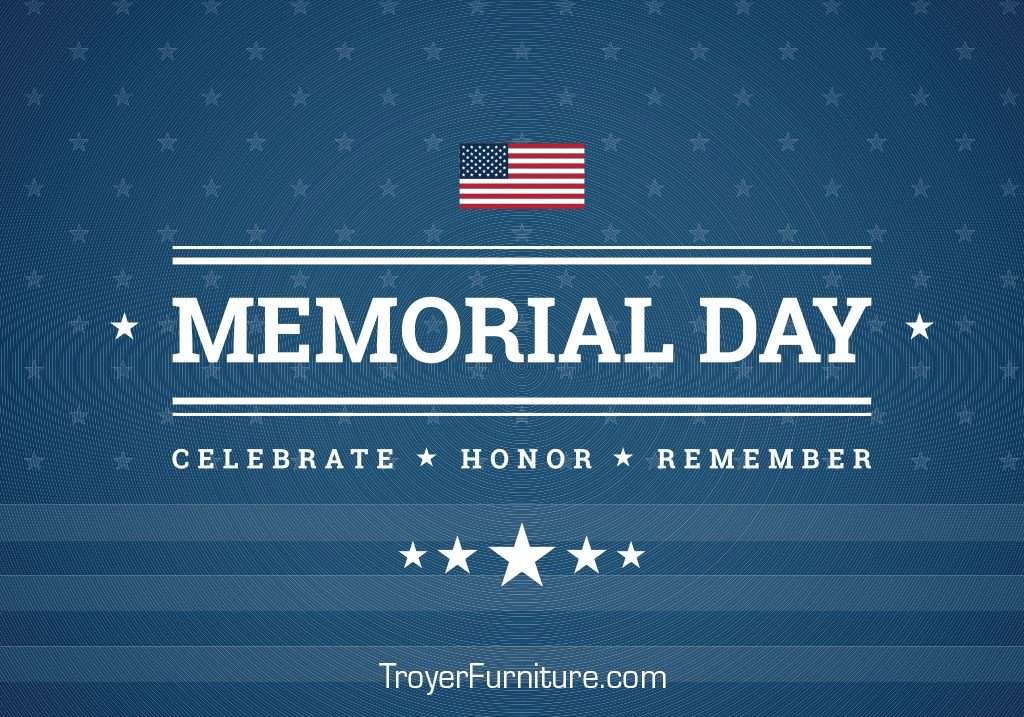 It was New Year’s night, 1968. Darkness hung over the thick Vietnamese jungle near the Cambodian border. Gary Sampsel, far from his home in Dover, Ohio, was hunkered in a fox hole that night. He and other U.S. soldiers had been patrolling the border, as the North Vietnamese Army (NVA) advanced.

A half hour before midnight, mortar bombs blasted into the American soldiers camp. The NVA had broken through the defensive line, outnumbering Gary and the others 2,500 to 350.

A six-hour battle ensued. Gary tells of a soldier next to him in the foxhole. “He had just come to camp at 3:00 that afternoon. By 10:00 the next morning he was dead. He was less than an arm’s length away from me.”

As morning dawned, the Vietnamese army retreated. U.S. army tanks and helicopters had come to assist the outnumbered unit. “When it was all done,” Gary recounts, “they took the tanks with sharp blades and dug mass graves.” The battle would be retold in the movie Platoon. Instead of sharing more details of that night, Gary says, “Go watch that movie, and you’ll get a feel for it. There’s a lot of truth in it.”

Drafted into the Vietnam War six months after his high school graduation, Gary served in the Mekong Delta and Saigon regions of Vietnam. By the night of the battle, he had experienced his share of wearing clothes that never quite dried, eating bugs and snakes, and sleeping in 2.5 x 3 ft. bunkers.

Gary and the others in his unit spent weeks at a time out on patrols. He describes life in the bush. “It would get 115 degrees or more. It was terrible.” Monsoon season brought rains three times a day. “Your feet were wet all the time.” Scorpions crawled into the freshly dug bunkers, looking for a cool place to bed. “If you slept in the bunkers, you would wake up in the morning and have ‘guests.’”

Food was scarce. “We took only so many rations of food out on the field and had to forage the rest.” That included eating bugs and snakes and scrounging nearby rice paddies. The men knocked down lots of coconuts for something to drink. “To this day I can’t eat anything with coconut,” Gary states. “The smell makes me half sick.”

Back at forward base camp, packages and letters from home piled up. “That was something everyone looked forward to,” Gary shares. His packages often held the local Correl’s chips and pressure-packed Trail bologna and Swiss cheese. “The first time I got the cheese, it had quite an odor to it,” he chuckles. “The guys said, ‘I can’t believe someone would eat that,’ but once they tried it they were quite willing to try it again.” To this day the men mention that cheese and bologna when they get together for reunions.

Gary still gets together with men from his unit every year. “It’s been 50 years. We’re a pretty tightknit group.” Last year they traveled to Arlington Cemetery for a ceremony honoring a fellow soldier. Gary himself has been awarded the Silver Star Medal and the Vietnamese Commendation Medal.

Not all the men want to talk about Vietnam. “Dealing with everything and fitting back into society was difficult,” Gary comments, recalling nightmares after the war. “There should be some way they can detune you.” From the time he left Vietnam until he arrived back home in Ohio was 36 hours. “That’s a big adjustment. All of a sudden you’re supposed to turn the switch off and not feel the things going on 36 hours before.” For Gary, the adjustment came over time, “something I had to work out.”